For the visually impaired

Sense of touch plays special role in the process of learning the surrounding world by preschoolers with visual impairment. Through the sense of touch, the child receives basic information about the form, structure and surface of objects.

Sense of touch is otherwise the reception and processing of information that appears as a result of active interaction with the environment and has an active cognitive character.

Simultaneous use of touch and impaired vision gives a greater completeness of perception and also reduces the time for identifying already familiar objects and creating ideas about unfamiliar objects of the surrounding world.

Studies also show that the inclusion of touch into the visual perception of objects of the surrounding world and the damaged visual analyzer into their tactile recognition increases the correctness of recognition and naming. 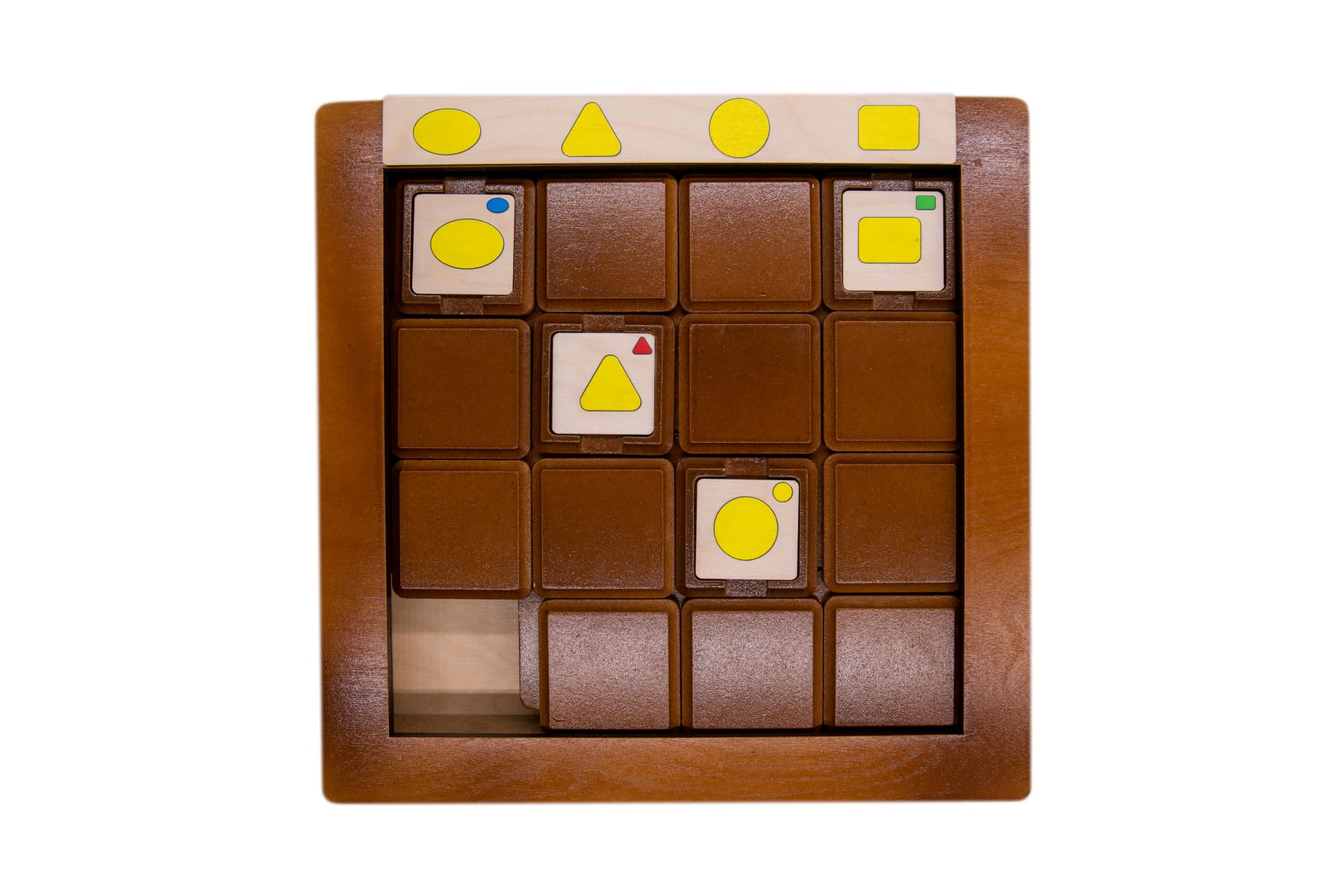 Using the “Kvadraska” Game book in the development of tactile perception and tactile sensitivity.

Children with visual impairments are characterized by a decrease in pace and quality of information reception and processing as well as by the limited and incomplete formation of images and concepts. Therefore, in the process of forming the image of an object or phenomenon by such children, one should use as many sources of information as possible from different modalities. Such game book as the “KVADRASHKA” game takes a special place in such process.

The task of the visual impairment specialist is to clarify and enrich the ideas, to form holistic, adequate images. He must teach visual impairment children to analyze the information received from all analyzers and to unite it into a single image.

Special lessons are held for the purpose of sense of touch and fine motor skills development. Part of the time of other activities is also used to organize exercises or game tasks to develop the sense of touch. The work is based on the programs of special (correctional) educational institutions.

Game books are actively used in kindergartens in the course of corrective work with preschool children with visual impairments, which help to provide educational material in its original form, to activate mental and creative forces of pupils and to optimize the educational process.

Various versions of games were developed and tested and instructions for children of preschool age for the “KVADRASHKA” game were suggested in order to make its usage more effective. Working with the game book is done on the simple to complex basis. Each new version of the game content gets more complicated, the requirements for the tasks performance level are increased together with the amount of material.

We offer the description of “KVADRASHKA” game books and tactile games variants.

There are 15 cubes on the playing field. Four of them have a drawing in the form of a geometric figure or thematic pattern from additional sets on magnets, with the keys placed inside of cubes. In order to get them from the box cell, you need to move the corresponding square with the key. You cannot take the markers out, you can only move them.

Working with the game book.

It begins with hand examination involving the vision of two contrasting surfaces (for example, smooth-soft, rough-ribbed). The teacher with the fingers of one hand slowly and easily moves along one surface and says: “Smooth.” He does this several times and encourages the child to repeat these actions and words: “And now you touch the markers on the playing field.” You need to move a square with a key with a smooth surface to the bar of correspondence, precisely to the bar on which there is a magnetic card similar to the touch with this surface on the cube with the key you move.

During the next lesson, the teacher suggests that the child shows smooth and rough surface by himself; tactile examination is once again performed. In the third session, the examination and recognition of surfaces are performed without participation of vision (the eyes of the child are covered with fabric goggles or bandage).

The teacher suggests touching the surface and saying how it feels. New surfaces are added gradually.

The task of the player is to collect all 4 keys, insert them into the corresponding locks of the same shape, open the box and get a prize, celebrating the victory!

Application of the above-described game books allows the teacher to solve the task of developing touch and tactile perception and increases the motivation of children. As a result of work performed by teachers, children’s presentations about objects and things of the surrounding world are refined and enriched, while speech, imaginative memory and associative thinking develop. They learn to actively interact with each other, demonstrate initiative and independence.

The proposed games also develop compensatory mechanisms in preschool children with visual impairment, which allow them to create a more complete image of objects on the basis of the impaired vision and feel of touch interaction. Along with this, children begin to actively include tactile examination in independent cognitive activity. They also master an effective bimanual method of examining objects performed with two hands and improve the culture of the feel of touch process.